SHOP FOR
Email ID already exists!
Your Current password is incorrect
Password Updated Successfully
Thanks for your Feedback 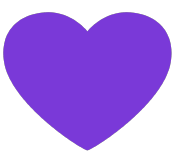 Be the first to review this product
£136.28  /Cartons ex. VAT (added at basket)
FREE shipping when you spend £ with this seller
Shop more from this seller: Tristel Solutions

Your enquiry has been sent

Leave us a message for futher information.

Airstel is a single-shot, ready-to-use misting disinfectant for inaccessible surfaces, for use following contact surface disinfection with FUSE and JET.

Use Airstel at the end of the day, or whilst getting on with tasks outside of the room to complete your disinfection protocol. Simply place on an even surface, activate and leave the room for one hour.

Before use, refer to the Safety Data Sheet (SDS) and the Instructions for Use (IFU). Airstel is for professional use only.

Step 1: Remove the safety seal from the bottle.

Step 3: Place the bottle on an even surface and leave the room ensuring other persons and animals also vacate the room. Airstel forms a cloud that covers approximately 40m3 in one minute.

Step 4: Ventilate and allow a period of one hour before re-entering the room. Subscribe to our emails and get 10% off your first order.
Check your inbox for your discount code.